The Third Rail Of Medicine 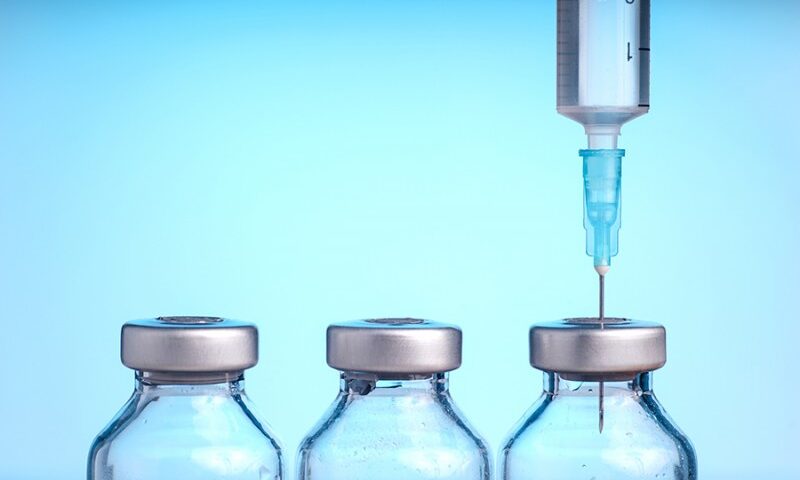 The Third Rail Of Medicine

There are many controversial subjects in medicine and health.

There can be strong disagreements between traditional medicine and more natural approaches.

Mainstream medicine views statins as the stalwart of cardiovascular prevention. Most primary care doctors prescribe the medications liberally and cardiologists often push the doses higher and higher to drive the cholesterol levels lower and lower.

The alternative world focuses on the potential damage of those drugs to the muscles and the liver and emphasizes research showing a fifty percent increased risk of diabetes for those that take them long-term. There is also a question about whether statins might have adverse effects on cognition because they deprive the brain of the fat it needs for optimal functioning.

Gastroenterologists prescribe acid blockers like Prilosec on a consistent basis and generally regard them as safe and effective.

The natural world views artificial acid suppression with pharmaceuticals as an abomination against humanity that increases the risks of nutrient deficiencies, Clostridium Difficile infections, osteoporosis, heart attacks, strokes and Alzheimer’s. Among other potential problems.

We could compare and contrast innumerable options for health and wellness in this manner. The truth often lies somewhere in the middle and my goal in medicine is to sort it all out with as little bias and ego as possible to come up with the best mainstream or alternative options for each person for every particular issue.

Immunizations have been a focal point of controversy for many years with strong opinions on both sides. Some of this was set in motion back in 1998 when a UK researcher Andrew Wakefield presented a study linking the MMR (measles, mumps, rubella) vaccine to the development of autism. That study was a small case series with no controls involving only twelve children and relied on parental recall and belief. It was shocking that it was ever published in a mainstream medical journal the Lancet.

Twelve years later, Wakefield’s paper was officially retracted and an editorial written in the British Medical Journal (BMJ) in 2011 summarized that “few people could deny that it was fatally flawed both scientifically and ethically.” 1 The journalist, Brian Deer, who investigated the Wakefield study and aftermath “[showed] how Wakefield altered numerous facts about the patients’ medical histories in order to support his claim to have identified a new syndrome; how his institution, the Royal Free Hospital and Medical School in London, supported him as he sought to exploit the ensuing MMR scare for financial gain; and how key players failed to investigate thoroughly in the public interest.”

A retraction twelve years later was certainly too late to put the genie back in the bottle. Wakefield and others set in motion a mistrust of vaccines, medical doctors and public health authorities that is playing out even today.

There are many mothers over the years that noticed a correlation between their child getting the MMR vaccine and a relatively sudden change to the neurologic status of that child that seemed to be the start of what would become an autism spectrum disorder.

I don’t generally accept the mainstream medical truth as the absolute truth and try to do my own research and sort things out for myself. I spent a lot of time over the years specifically trying to understand the potential risks of vaccines. To that end, in October of 2014, I wrote a blog called Reconciling the Link Between MMR and Autism2. To this day, I still think the explanation I put forth in the blog can explain how both sides—medical doctors/researchers and concerned parents—could both be correct.

As of now, as with most issues, I find my version of the truth regarding vaccine safety to be somewhere in the middle. The mainstream juggernaut considers all vaccines safe for everyone. Anyone who goes against that must be a crackpot who doesn’t understand science. Many in the alternative world think of vaccines as part of a vast conspiracy where these toxic compounds are being pushed on a naïve, unsuspecting public.

The Autoimmune Epidemic 3 book published back in 2008 reviewed extensive research that showed that certain vaccines especially Hepatitis B and MMR increase the risk of autoimmune conditions like multiple sclerosis and Rheumatoid Arthritis for certain individuals, so it’s incorrect to assume safety for everyone equally.

Why in the world would we give the Hepatitis B vaccine to infants? Pregnant women are screened for Hepatitis B as part of routine prenatal care. The only scenario the current and accepted Hep B vaccine schedule makes any sense at all is the incredibly rare situation where a mom starts IV drugs toward the end of her pregnancy and gets Hepatitis B. Maybe that happens once or twice a year in the US. This type of scenario makes me wonder how much of an influence the company that manufacturers the Hep B vaccine had on the public health officials in Washington through lobbying, posh dinners, etc.

There are many other vaccines, however, that have had dramatic benefits that are hard to discount. The HiB vaccine has reduced a relatively common cause of bacterial meningitis in young children by 98%. I’m not that old, but I remember working in the ER and doing spinal taps routinely on children that presented with fever of unknown origin.

The Prevnar vaccine has dramatically reduced the incidence of bacterial ear infections, sinus infections and pneumonia in children that subsequently led to a significant decrease in the need for antibiotics. The judicious use of antibiotics and protecting a young microbiome are some of the most important issues in healthcare today that almost everyone agrees on. Oh, and researchers unexpectedly found that years after the introduction of Prevnar, the elderly had lower rates of bacterial pneumonia and deaths from pneumonia presumably because the grandchildren were less likely to pass the bacteria to their grandparents.

I could go through each vaccine and give my perspective on its success and how important the impact has been on our society.

Overall, it seems we need to be careful about sweeping generalizations that demonize something as all bad or exalt that same thing as all good. For vaccines, each of them should be considered individually relative to the benefits and risks.

The world is, by it’s nature, prone to corruption. The American healthcare system overwhelmingly focuses on the options that provide the greatest profit margin: pharmaceuticals, vaccines, surgical procedures, and technology like MRI machines. The current system doesn’t give proportional attention to nutrition, stress management, and other essential aspects of health and wellness. Doctors are still trained to make diagnoses for their patients that are often managed indefinitely with pharmaceuticals with minimal understanding of the root causes of disease.

Even considering that context, I find it hard to fathom, however, the level of conspiracy it would take for so many doctors, researchers, and officials to push vaccines if the benefits didn’t far outweigh the risks.

For those of you with more extreme views, there is likely some element of truth behind your perspective. Be wary if  you have to work too hard to jam your round peg into the square hole. Although it’s hard to imagine, maybe you need to consider that you’re not automatically correct in the opinion you’ve cobbled together over the years.

We live in a world becoming increasingly polarized. We each need to understand that our “version” of the truth isn’t necessarily the real and complete truth. We are all being manipulated on a daily basis by social media. Facebook, Twitter, Instagram and the rest have sophisticated algorithms that analyze every action we take in the digital world. The goal of those algorithms is to keep us staring at the screen so the companies can increase ad revenue.

I would strongly encourage you to watch the Netflix documentary The Social Dilemma to understand how your opinions and tendencies are being manipulated.

If you watch the movie and think the content is all part of the conspiracy, then you might be a lost cause.  If we bump into each other socially, it would probably best for us to talk about the weather and avoid any sensitive subject matter.