The Doctor Has No Clothes 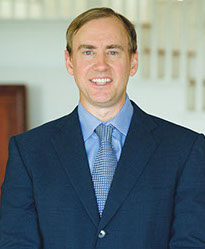 The Doctor Has No Clothes

This blog is for me. And this blog is for any healthcare provider who has had his or her efforts dismissed for illegitimate reasons. This blog is also for anyone who has suffered the tyranny of the majority.

I was at a meeting many months ago with other practitioners. We had a reasonable discussion comparing and contrasting traditional medicine approaches with those of functional and integrative medicine. At the end of the meeting, I got up and one of the nurse practitioners summarized our conversation by saying, “Well, I guess the difference is that we practice evidence based medicine.”

It was like a slap in the face. I was stunned initially and sat back down just long enough to make a weak retort, then left to see a patient who was waiting.

I thought about her statement for weeks and then realized that she had done me a great service. That comment helped me understand how many in mainstream medicine view alternative approaches.

During my training from medical school into residency, there was a strong emphasis on “evidence based medicine.” We spent many hours reviewing studies and how they would apply to clinical practice. Back in the early 1990s, “evidence-based medicine” and “EBM” were relatively new terms that reinforced a simple and seemingly incontrovertible opinion: we should make our clinical decisions based on the highest standard of evidence.

Fairly straightforward. Makes sense. Who could possibly argue with it?

I now believe the concept of EBM is a sham. And it is often used by those who control healthcare as a means of discounting potentially effective strategies utilized by alternative practitioners.

Counterpoint 1: A study published in the BMJ Journal in 20171 estimated that only 18% of clinical decisions are based on  “consistent, high-quality, patient-centered evidence.”

Counterpoint 2:  Somewhere between 80-90% of all studies done in clinical medicine are sponsored by the pharmaceutical industry with a narrow agenda. Pharma is only interested in whether a new drug (possibly the 5th or 10th for a given diagnosis) beats placebo. And they often fail to publish studies that don’t show benefit for the drug in question.

Counterpoint 3:  One report2 estimated that only 62% of studies could be reproduced when they were repeated by the same lab or a different lab. A patient told me of another report where only 20% of studies were reproducible.

Summary: If we combine these numbers (0.18 x 0.2 x 0.62), the estimate for clinical decisions that are currently made using unbiased, reproducible evidence of the highest quality that isn’t oriented to pharmaceutical drugs alone is 2.2%.

I’ve had a doctor tell a mutual patient that my practice is more art than science. He didn’t intend it to be a flattering portrayal.

Mainstream providers come across to me as following more of a Newtonian approach to the world. Sir Isaac Newton and his contemporaries tried to reduce the universe to a series of equations. There was a certain comfort to this basic approach that many scientists followed it into the early 20th century.

Max Planck, Neils Bohr, Albert Einstein and others put forth a starkly different paradigm to describe the workings of the universe. This new discipline was called quantum physics. In the quantum realm, things are not as definitive as once thought, but instead are based on probabilities.

I would argue that all medical providers, whether they acknowledge it or not, make more decisions based on instinct, guesswork, opinion and experience than they realize.

Perhaps a better analogy comes from the world of music. Classical music follows a prescribed and reproducible pattern written out as notes and symbols. Each person playing a musical piece is intended to play the notes in roughly the same way. To me, the management of complex health conditions often requires creativity and improvisation. More like jazz than classical.

Overall, I’m not hostile to science and research. I would always prefer to make decisions based on a high level of evidence. Why wouldn’t I?

But people are too different and this is another counterpoint to the aloof standard of EBM. When a study is done, the statistics smooth over individual variation trying to give us a broad conclusion that can then be used for the majority of patients. That conclusion may or may not be applicable to a person who does not have a lifestyle, hormone levels, genetic profile or microbiome pattern close to the median data point in the bell curve.

For the most complex health conditions like autism and Alzheimer’s, there are too many variables to easily control in a pure, placebo-controlled fashion. If we wait around for the 100 or 1,000 placebo-controlled trials necessary to answer each potential clinical question for a particular diagnosis, we will never make any real progress. We will continue to wait around for the miracle pill that may never come.

We also can’t really placebo control exercise, dietary changes, good sleep, meditation, etc. but does that mean they have no value?

I am a traditional physician who utilizes alternative approaches when necessary. We’re fortunate to have medications available to us. The benefits of pharmaceuticals are vast and incalculable. The main point is that there are also many valuable non-drug options out there and many have solid evidence behind them.

As other providers, every day, I balance the pros and cons of each recommendation made to a patient. My goal is to find the best care for each person for each issue. It’s really no more complicated than that.

I hope there can be mutual respect among mainstream and alternative practitioners who share this common goal. I want us to move past the sweeping generalization of the doctor who hears about a contrary idea and says, “There’s no evidence behind that.” Often there is evidence of which they’re not aware. It might be high level evidence or not, but both sides should be judged by the same standard.

p.s. The title is a reference to the fable The Emperor Has No Clothes. My goal is to be the child that calls out the naked reality of our current healthcare system that is too oriented toward pharmaceuticals as the answer for everything with not enough regard for why people get ill.

From Wikipedia: “The Emperor’s New Clothes” (Danish: Kejserens nye klæder) is a short tale written by Danish author Hans Christian Andersen, about two weavers who promise an emperor a new suit of clothes that they say is invisible to those who are unfit for their positions, stupid, or incompetent – while in reality, they make no clothes at all, making everyone believe the clothes are invisible to them. When the emperor parades before his subjects in his new “clothes”, no one dares to say that they do not see any suit of clothes on him for fear that they will be seen as stupid. Finally a child cries out, “But he isn’t wearing anything at all!” The tale has been translated into over 100 languages.”